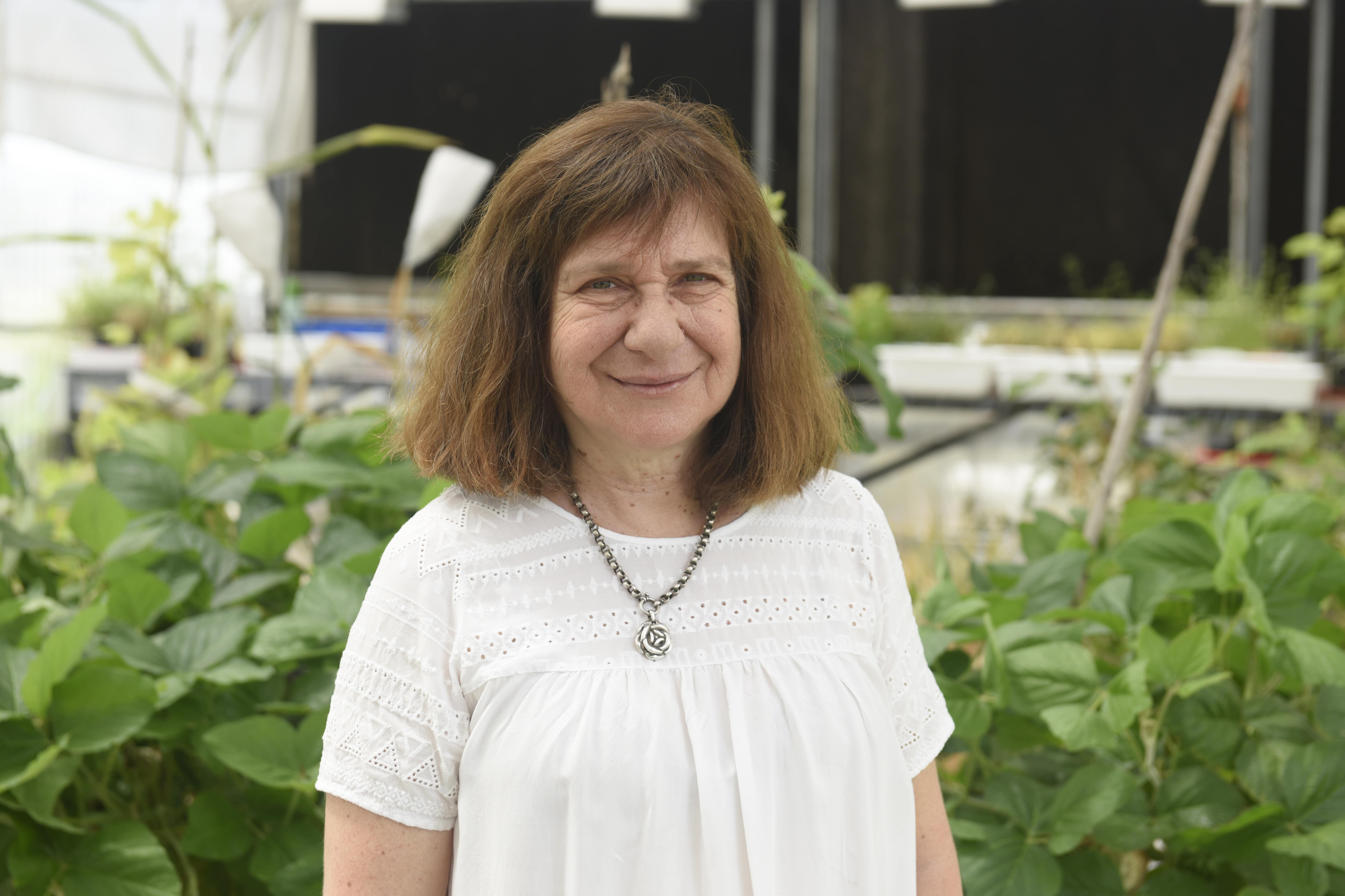 Abstract:
Biotechnology and fundamental research are in continuous crosstalk. How some plant species are more able to adapt themselves to adverse environmental conditions leads us to study stress responses at the molecular level, focusing on the first steps in which transcription factors are key players. The sunflower HaHB4 and HaHB11 genes resulted in biotechnological tools to improve crops. After a long way from the laboratory to the field and from a model plant to crops, HaHB4-wheat became the first modified crop arriving at the market in which the gene donor is another plant. On the way are HaHB4 soybean and HaHB11 maize. These crops have shown yield improvements in different regions with different soil qualities, climates, and rainfall regimes. The observation of these plants indicated that stem width is the major trait determining seed yield. We succeeded to provoke this effect by mechanical treatment, resulting in a yield increase.

Bio:
She is currently a Senior Researcher at CONICET-Argentina, Senior Lecturer at UNL, Director of the Agrobiotechnology Institute. Her research focuses on plant adaptation to environmental stress, starting from the study of molecules as transcription factors until modified crops in field trials. Her degree was completed at the Hebrew University of Jerusalem (1981) and her Ph.D. at CEFOBI (CONICET-UNR). She did a post-doc at the IBMP (Strasbourg-France, 1988-1992) and then joined the Molecular Biology Institute (Rosario-Argentina, 1993) as a CONICET career member. In 1999 she moved to the Coastal National University. She is co-author of 95 articles published in prestigious journals, nine book chapters, dozens of science divulgation articles, and co-inventor of ten international patents involving biotechnological tools for crop improvement. She received recognition and awards, such as Jorge Sabato (2013), Konex Foundation (2013), Rosario city- IBR Foundation (2019), and was selected by the BBC together with IANAS as one of the ten women who lead science in Latin America (2013), nominated by Crop Life International (2019) as Female Food Hero, among others. She has been incorporated into the Santa Fe Academy of Medical Sciences (2020), the National Academy of Sciences (Argentina, 2021), and the Latin-American Academy of Science (2021), IICA chair (Costa Rica, 2022).