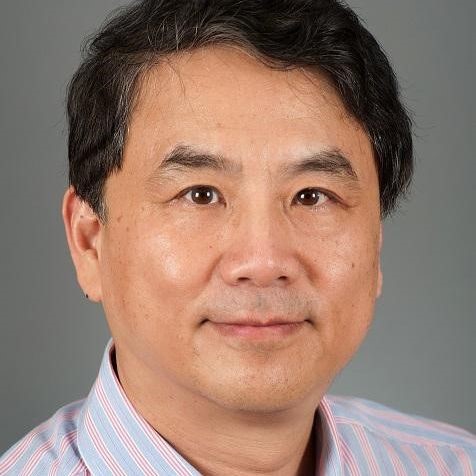 Abstract:
In this presentation I will discuss the discovery of the first histone demethylase LSD1 and our more recent work investigating epigenetic regulation in immuno-oncology. I will discuss our efforts towards understanding how epigenetic regulation impacts cancer and immune cell behaviors, enabling poorly immunogenic tumors to respond to immune checkpoint blockade (ICB) therapy and to promote a durable tumor response to ICB therapy, which are two major questions in the field.

Bio:
Yang Shi received his PhD from New York University where he studied regulation of a multi-gene family in mice. He carried out postdoctoral research in the lab of Dr. Thomas Shenk at Princeton University where he discovered the transcription factor YY1 (Yin Yang 1 for its ability to both activate and repress transcription), which plays a critical role in many important biological processes.

Yang's most significant and widely known scientific contribution is the discovery of the first histone demethylase LSD1, which overturned the 40-year-old dogma that histone methylation is irreversible. This groundbreaking discovery was published in Cell in 2004, and was selected by Cell as one of the 25 landmark publications over forty-year history of Cell. His lab is also a major contributor to the discovery of additional histone demethylases, which belong to the JmjC domain-containing, dioxygenase family of enzymes.

Subsequent to the histone demethylase discoveries, work from the Shi lab provided important insights into the mechanism of action of histone demethylases and their roles in biological and pathological processes. These discoveries not only provided critical novel insights into epigenetic regulation but also revealed new drug targets for cancer therapy, for instance, small molecules targeting LSD1 are now in phase I and II clinical trials for AML and myelofibrosis.

Excitingly, Yang's most recent work also uncovered a role for LSD1 in immune checkpoint blockage, i.e., inhibition of LSD1 in tumors can turn "cold" tumor "hot", thus enabling immune checkpoint blockage (ICB) for cancers that otherwise are not responsive to immune therapy. Furthermore, perturbation of LSD1 in T cells results in a sustained response to ICB therapy by antagonizing T cell exhaustion. These findings laid the foundation for future combination therapies involving the use of inhibitors of epigenetic regulators such as LSD1 and checkpoint inhibitors for immune-resistant cancers.