What have introns done for you lately? Investigations of the function and evolution of introns in a new model system, the red alga Cyanidioschyzon merolae

What have introns done for you lately? Investigations of the function and evolution of introns in a new model system, the red alga Cyanidioschyzon merolae 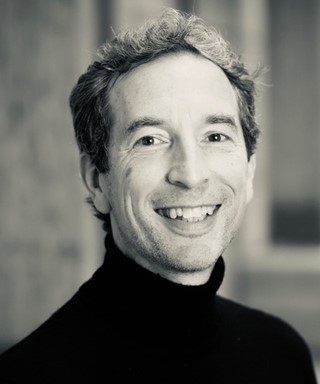 Abstract:
Over 90% of our genes are interrupted by regions, called introns, that must be removed from the corresponding transcripts prior to their translation into protein. The process by which introns are removed from pre-mRNA is referred to as splicing, and it is carried out by a multi-megadalton complex of proteins and small, nuclear RNAs. Humans have more than 200,000 introns, suggesting either an aggressive neutral mechanism for their proliferation or else selection for some beneficial function. Given the complexity of human splicing, it has been challenging to gain a comprehensive understanding of the roles that introns play. My lab has therefore turned to the thermoacidophilic red alga C. merolae, whose intron complement has shrunk from nearly 2000 ancestrally to only 38 today. We have shown that the splicing machinery has correspondingly been dramatically reduced. To investigate why 38 introns might be retained, we have been systematically deleting C. merolae's introns, as well as studying its splicing responses under a variety of conditions. We find that some introns accumulate in response to heat stress, suggesting that the introns themselves play a role in adapting to heat. Our results add to a growing body of work suggesting that introns are not merely junk that needs to be removed, but in fact have inherent roles that support cellular responses to environmental change.

Bio:
Dr. Stephen Rader is a Professor of Biochemistry at the University of Northern British Columbia in Prince George. He earned his Ph.D. in X-ray crystallography and protein dynamics under the supervision of David Agard at UC San Francisco. For his postdoctoral work, he joined the lab of Christine Guthrie, also at UCSF, where he entered the exciting world of RNA science and learned the tools of yeast genetics and biochemistry. After starting his own lab at UNBC in 2003, he sought a thermophilic system with which to investigate pre-mRNA splicing, and eventually began working with C. merolae, whose genome had recently been sequenced. Despite the challenges of developing a completely new splicing system, C. merolae continues to yield surprises and insights into the evolution of introns and splicing. When he is not studying RNA, Professor Rader enjoys backpacking and back-country skiing.