Rules of resistance against transgene silencing 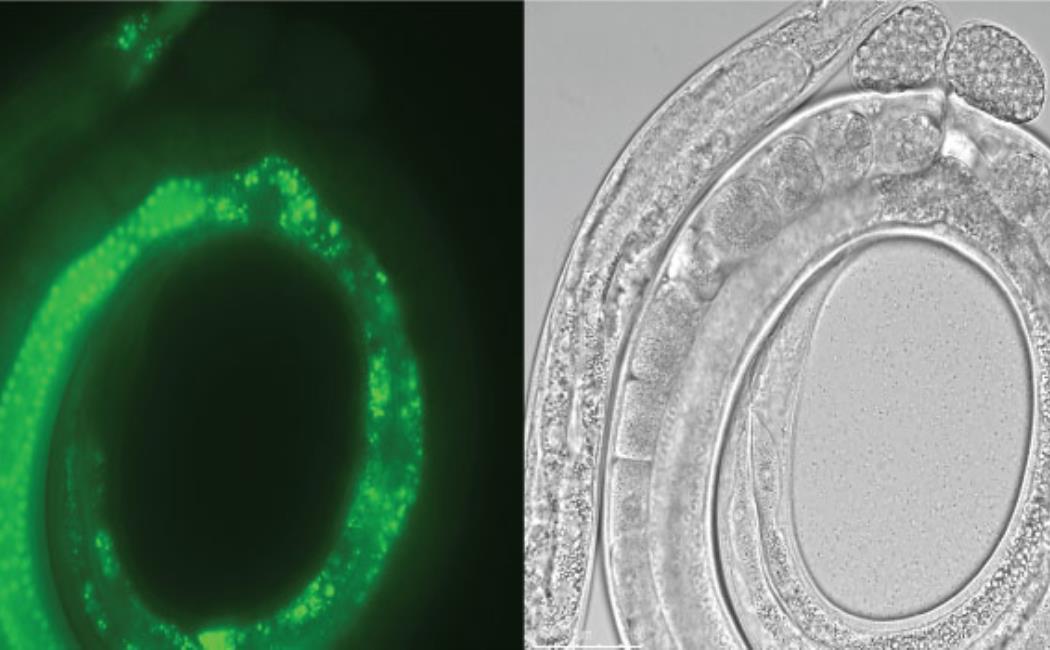 Rules of resistance against transgene silencing

​Clear rules for engineering transgenes that can be inserted and propagated over multiple generations of nematodes include ways to protect inserted genes from the organism’s natural defenses against foreign DNA. Developed by KAUST researchers, the rules have implications for many research fields, including gene therapy development.

Scientists often study biological processes, such as normal and mutant gene functions, in the worm Caenorhabditis elegans because it has many genes and molecular pathways in common with humans. Specific gene functions can be investigated by injecting DNA into the worm’s reproductive organs, where it links into what is known as an extra-chromosomal array. This array is eventually incorporated into the nucleus, where it is duplicated and segregated into daughter cells. The injected genetic material is then potentially inherited across generations, which last only two days in C. elegans, allowing researchers to study gene functions over multiple generations in a short time period.

Image: KAUST scientists have designed silencing-resistant fluorescent proteins that can be localized to, for example, the cell membranes of C. elegans germ cells.
© 2021 KAUST; Monika Priyadarshini