Anammox bacteria generate energy from wastewater while taking a breath 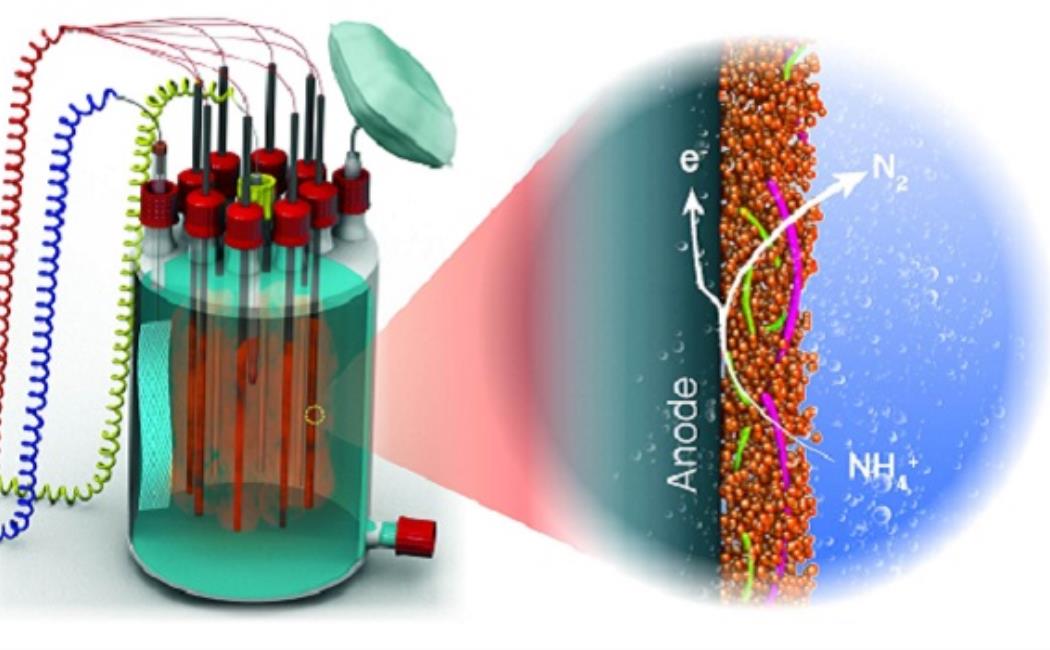 Anammox bacteria generate energy from wastewater while taking a breath

​A type of anaerobic bacteria responsible for more than 50 percent of nitrogen loss from marine environments has been shown to use solid-state matter present outside their cells for respiration. The finding by KAUST researchers adds to knowledge of the global nitrogen cycle and has important energy-saving potential for wastewater treatment.

Living organisms use oxidation/reduction reactions to harvest the energy they need for survival. This involves the transfer of electrons from an electron donor to an electron acceptor with energy generation. In humans, electrons are released from the food we digest and accepted by soluble oxygen inside our cells. But in many bacteria, other strategies are used for oxidation/reduction, with different types of electron donors and acceptors.

Anammox are anaerobic bacteria found in oxygen-lacking marine and freshwater environments, such as sediments. They derive energy by using ammonium as their electron donor and intracellular soluble nitrite as the acceptor, with the release of nitrogen gas—or so scientists thought.

Image: Anammox bacteria grew on the surface of an electrode and converted ammonium to nitrogen gas. The electrons released from this process flow through the electrode in the form of an electric current that can be used to generate energy-rich hydrogen gas. This is a step forward toward energy-neutral or -positive wastewater treatment.
© 2020 KAUST; Heno Hwang