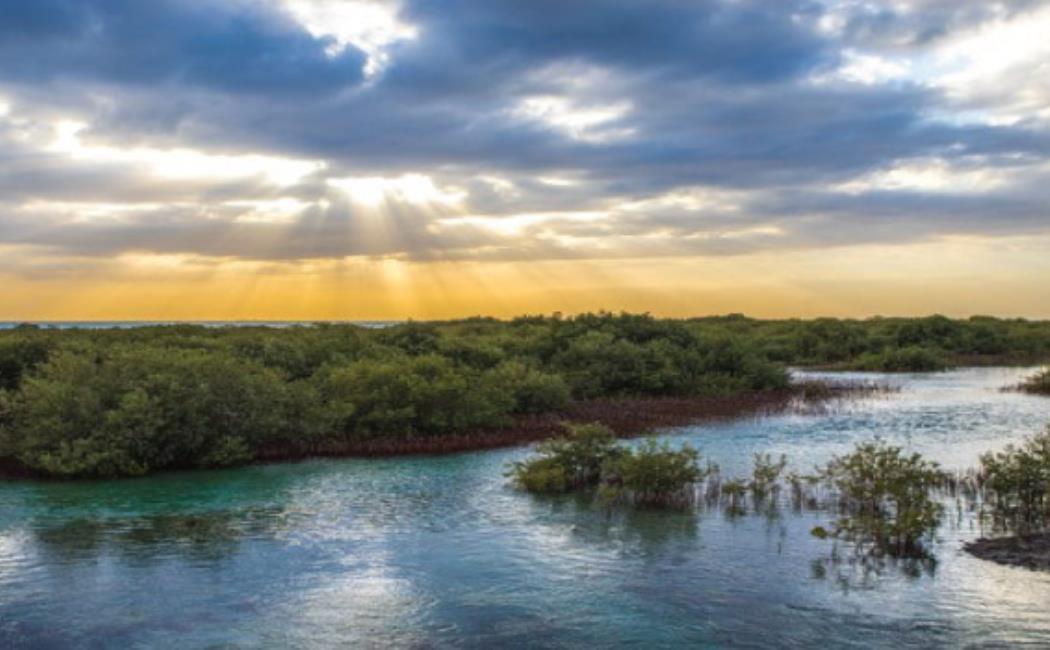 Blue carbon ecosystems, such as mangroves, saltmarshes and seagrass beds, sequester large amounts of carbon dioxide (CO2) from the atmosphere in the form of organic carbon locked in their soils. In the Red Sea and much of the tropics, mangroves grow on calcium carbonate sediments formed by shells and skeletons of marine organisms dating back to the Pleistocene, about 100,000 years ago. The dissolution of calcium carbonate in seawater is a source of total alkalinity, which increases the ocean’s capacity to store CO2 from the atmosphere.