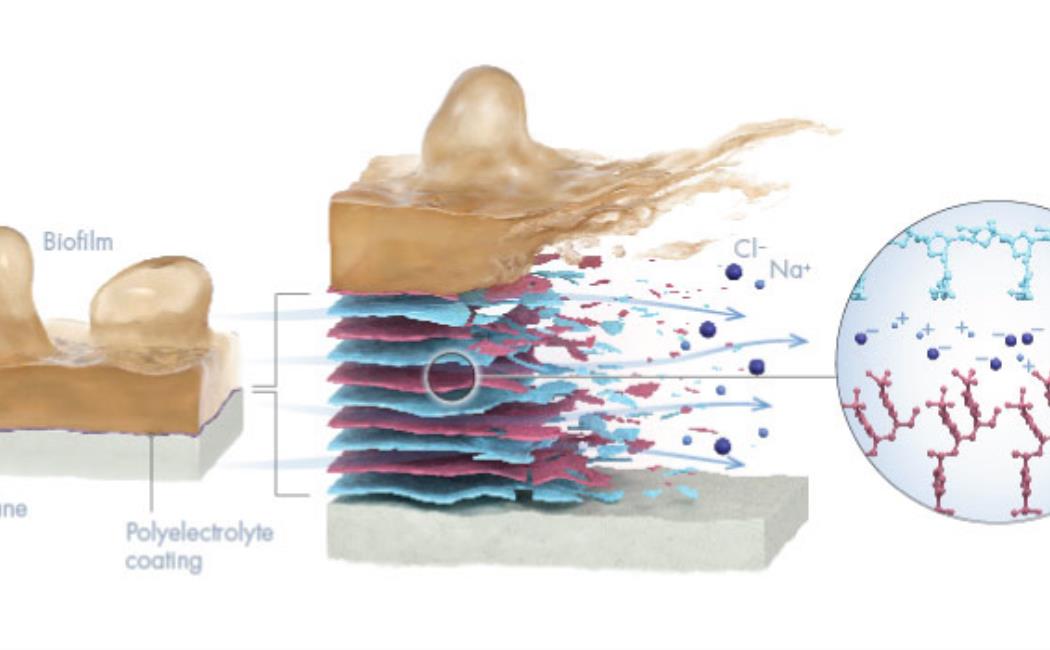 ​A removable coating that can be used to clean desalination membranes has been developed by KAUST researchers. The nontoxic coating could provide a safer and more efficient alternative to harmful chemicals used to clean reverse osmosis systems for seawater desalination.

The reverse osmosis desalination process uses pressure to filter seawater through a semipermeable membrane to produce fresh drinking water. While the technique is more energy efficient than other desalination approaches, its performance can be hindered by the growth of bacteria and other microorganisms on the membrane surface.

“This biofilm creates a layer that does not allow water to pass as easily,” says Maria Fernanda Nava-Ocampo, a Ph.D. student under the supervision of Johannes Vrouwenvelder. “One of the biggest problems of all the current methods to control biofouling is that they do not completely remove the biofilm from the membrane system, resulting in permanent fouling. This causes elevated energy consumption and disposal of control chemicals into the sea.”