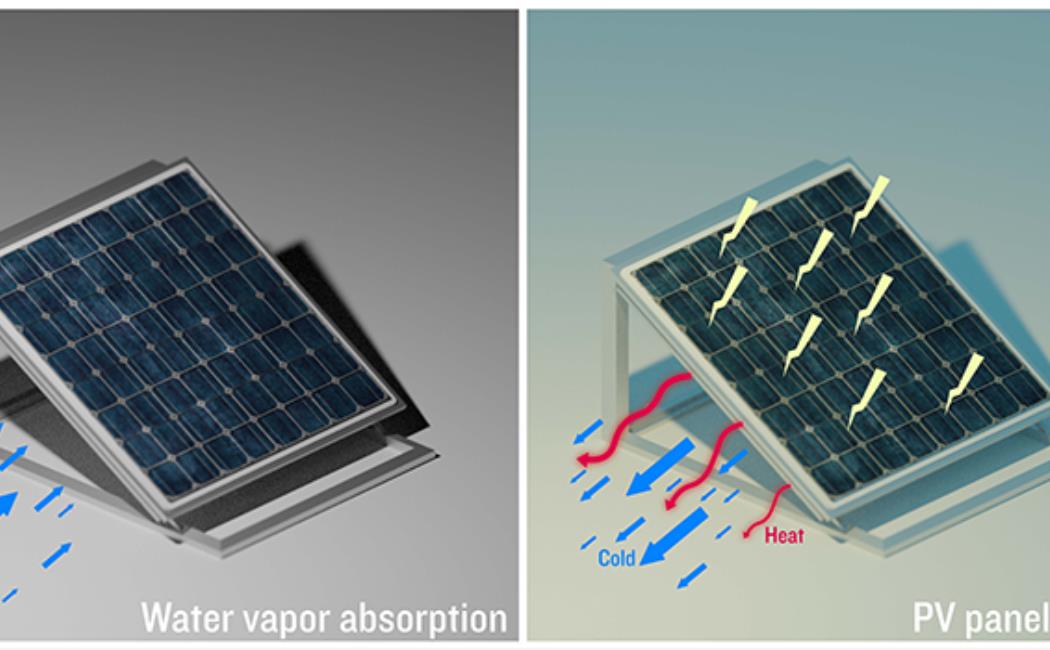 ​A cooling system developed at KAUST has improved the efficiency of a prototype solar panel up to 20 percent and requires no external energy source to operate.

Commercial silicon photovoltaic panels are able to only transform a small portion of absorbed sunlight into electricity, while the remainder of the radiation becomes heat. Because solar panels are less efficient for every degree rise in temperature, the problem of heat dissipation becomes more acute in hot environments, such as the Arabian desert.

Efforts to cool solar panels with conventional techniques, including refrigeration or air conditioning, tend to consume more energy than can be gained back through efficiency boosts. Now, a team led by Peng Wang from KAUST's Water Desalination and Reuse Center has produced a proof-of-concept device that aims to solve this conundrum by tapping into the natural properties of the Earth’s climate.

Image: When the gel is fully filled with water, it can free enough water to reduce panel temperatures by 10 degrees Celsius
© 2020 KAUST; Youssef A. Khalil