Sea skaters are a super source of inspiration 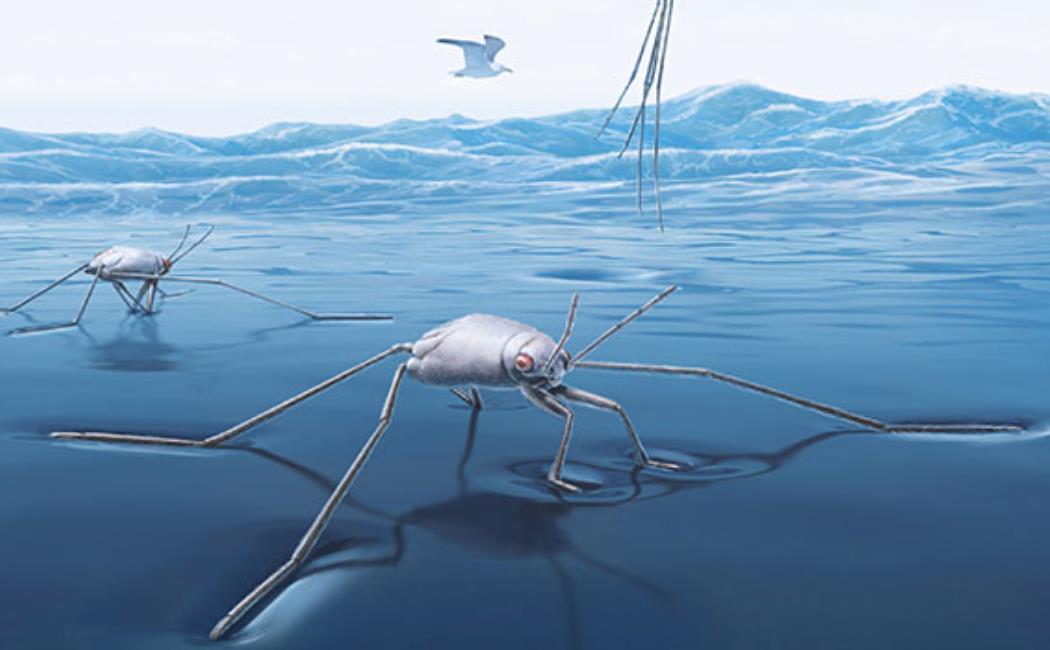 Sea skaters are a super source of inspiration

​Tiny sea skaters, as insect ocean pioneers, may hold the secret to developing improved water repellant materials. A KAUST study also provides insights into the insect’s physical features, including the hairs and waxy coating that cover its body, and its movement to evade the sea’s dangers.

“Our multidisciplinary study is the first of its kind to investigate two marine skater species, the ocean-dwelling Halobates germanus, and a coastal relative, H. hayanus,” says Gauri Mahadik at the Red Sea Research Center, who worked on the study with colleagues, under the supervision of Himanshu Mishra, Carlos Duarte and Sigurdur Thoroddsen. “We wanted to understand how these insects evolved to survive in harsh marine environments where others failed.”

Faced with crashing waves, ultraviolet radiation, rain, salt water, and predatory birds and fish, insects need a specialized set of adaptations to survive in the ocean. The team captured the two Halobates species from the Red Sea and coastal mangrove lagoons at KAUST and acclimatized them to an aquarium environment.

Image:Taking off from the water surface, the insect can accelerate faster than a cheetah by an order of magnitude!
Reproduced with permission from reference 1 © 2020; Xavier Pita