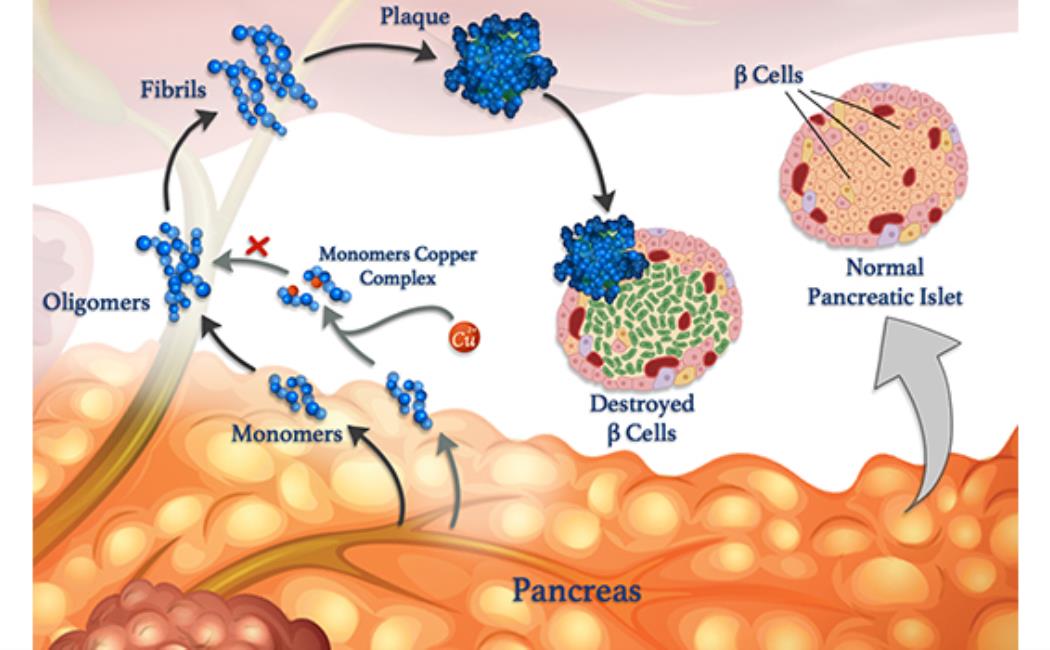 ​Unraveling interactions between metal ions and peptides in the body may eventually lead to improved treatments for diabetes, Alzheimer’s and other diseases. Understanding these interactions is the focus of research, co-led by KAUST, that is revealing how metals, such as copper, can affect the formation of harmful clumps of misfolded peptide clusters called fibrils, which underpin many diseases.

Errant peptides are linked to neurological conditions, such as Alzheimer’s, and to blood sugar control diseases, such as diabetes. Blood sugar levels are normally controlled via peptide hormones released by specialist cells called β-cells. As well as insulin, healthy β-cells also release amylin, a peptide hormone that helps to reduce spikes in blood sugar level after eating by slowing stomach emptying. But amylin is prone to forming misfolded clumps, especially in the presence of copper ions, which damage β-cells and contribute to type II diabetes.

Image: Copper ions (red spheres) can attach to peptide monomers (blue) and prevent them from clumping together to form oligomers, fibrils and damaging plaques.
© 2020 Mawadda Alghrably