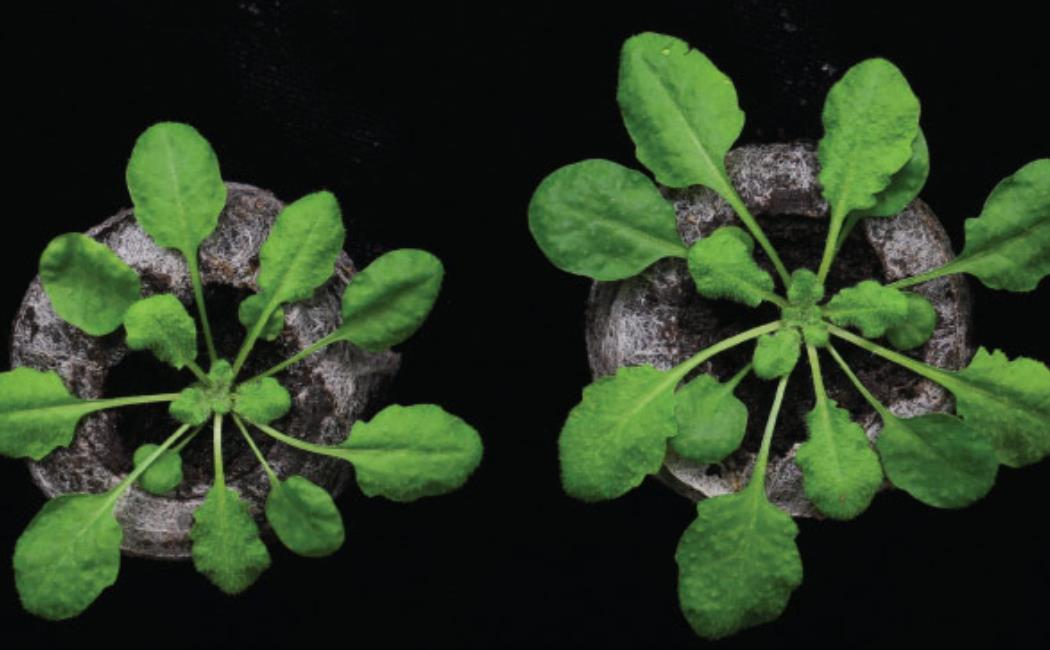 A bacterium living inside the roots of some plants enables them to grow well despite salty conditions. Their secret weapon is to trigger sulfur metabolism, a finding that is already helping to develop new biotechnologies that facilitate the irrigation of agricultural crops with salty water. This is an important prospect for countries like Saudi Arabia that depends on energy-intensive desalination for its fresh water.

Some types of beneficial bacteria interact with their plant hosts to help them thrive while also promoting plant growth. In 2013, plant scientist Heribert Hirt founded the Darwin21 project at KAUST, with the aim of using desert plant bacteria to improve agricultural sustainability in arid lands. This led to the isolation of a bacterium called Enterobacter sp. SA187, which they found can make crops resistant to various stresses including heat, drought and salt tolerance.

Image: The research team treated the plant Arabidopsis (shown above) with a specially selected strain of bacteria to boost their growth in stress conditions. The smaller plant on the left is the control and the plant on the right is the bacteria-treated plant.
© 2021 KAUST.