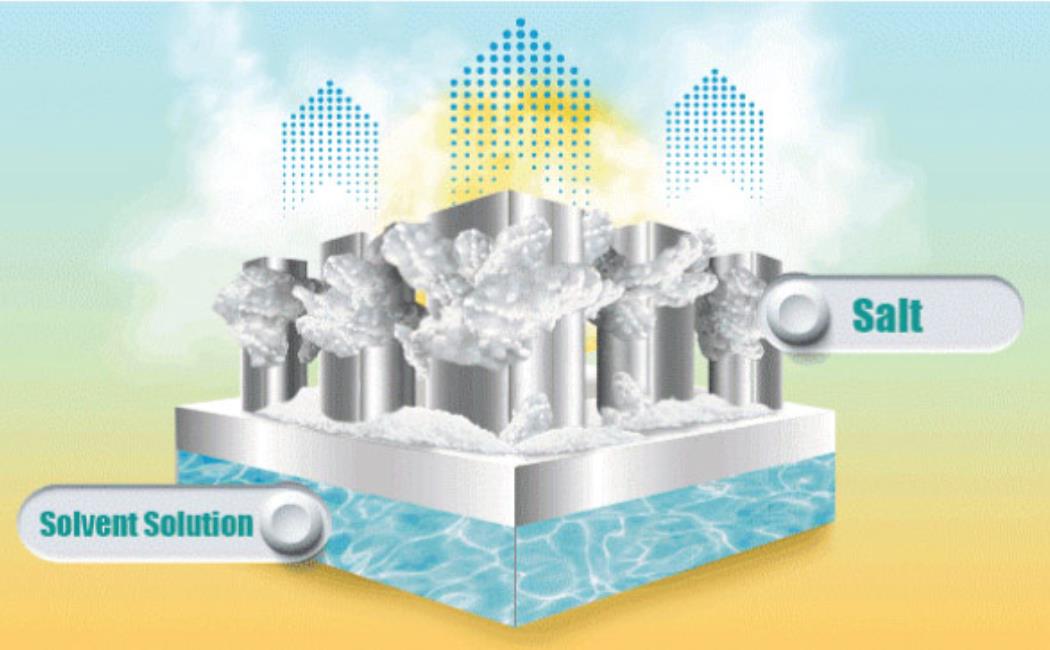 A simple cooling system driven by the capture of passive solar energy could provide low-cost food refrigeration and living space cooling for impoverished communities with no access to the electricity grid. The system, which has no electrical components, exploits the powerful cooling effect that occurs when certain salts are dissolved in water. After each cooling cycle, the system uses solar energy to evaporate the water and regenerate the salt, ready for reuse.

“Hot regions have high levels of solar energy, so it would be very attractive to use that solar energy for cooling,” says Wenbin Wang, a postdoc in Peng Wang’s lab. In many parts of the world, there is a greater need for cooling because of climate change, but not every community can access electricity for air conditioning and refrigeration. “We conceptualized an off-grid solar-energy conversion and storage design for green and inexpensive cooling,” Professor Wang says.

Image: KAUST scientists have developed a simple cooling system based on solar energy and the cooling effect of saltwater evaporation that could be used for refrigeration in hot regions with limited access to electricity.
© 2021 KAUST; Veronica Moraru.