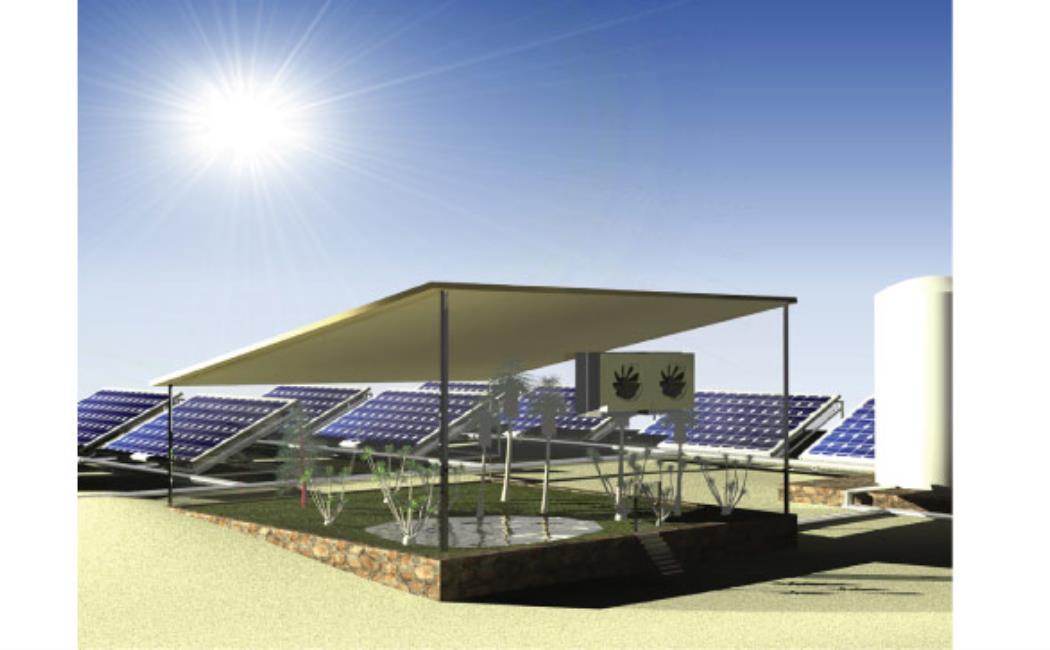 The major challenge for food production in arid and semiarid areas remains the lack of water resources. While there is no shortage of sunlight to power solar panels in these regions, photovoltaic cells also generate vast amounts of heat that reduce their energy efficiency.

KAUST researchers are addressing these issues with an integrated approach that uses atmospheric water vapor to produce fresh water for crop growth and also to generate cooling power for PV cells, thus improving their performance.

Postdoc Renyuan Li and colleagues have invented a novel system that can coproduce water, electricity and crops in most regions, including arid and semiarid areas.

“We believe this system can contribute to the global water-energy-food nexus, generate electricity and produce water for remote and off-grid communities," says Li.

Image: A system designed by KAUST scientists extracts fresh water from the atmosphere using heat generated by photovoltaic panels. The water could be used to irrigate crops in water-scarce regions.
© 2022 KAUST; Renyuan Li.