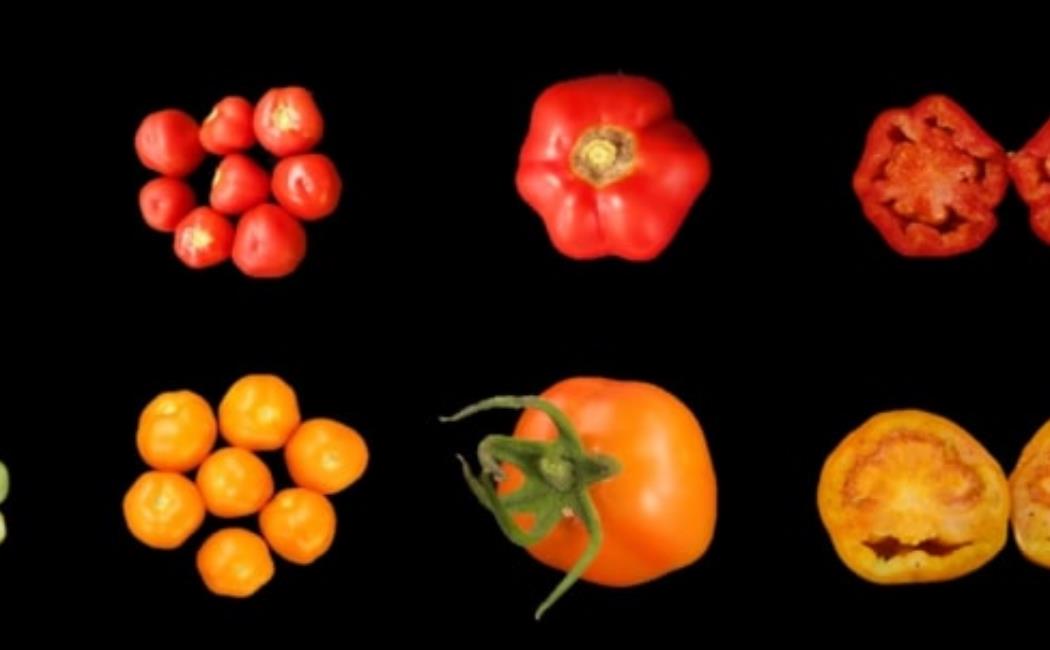 Manipulating the content of carotenoids, such as ß-carotene, has been found to improve plant growth and increase yield and tolerance to abiotic stresses such as drought and salinity.

Within chloroplasts, carotenoids such as ß-carotene and xanthophylls are key components of the photosynthetic apparatus. Now, an international team led by researchers in Salim Al-Babili’s group has shown that alterations in carotenoid metabolism influence hormone content and subsequently plant development and physiology.

The introduction of a single gene of the carotenoid biosynthetic pathway to different tomato cultivars led to significant changes in metabolic pathways, large increases in fruit yield and enhanced pro-vitamin A content.

Image: A team of KAUST plant scientists introduced a single gene of the carotenoid pathway into tomatoes, leading to an increase in crop yield, nutritional value and stress tolerance (wild type tomatoes on the top, tomatoes expressing LCYB on the bottom).
© 2022 Juan C. Moreno.