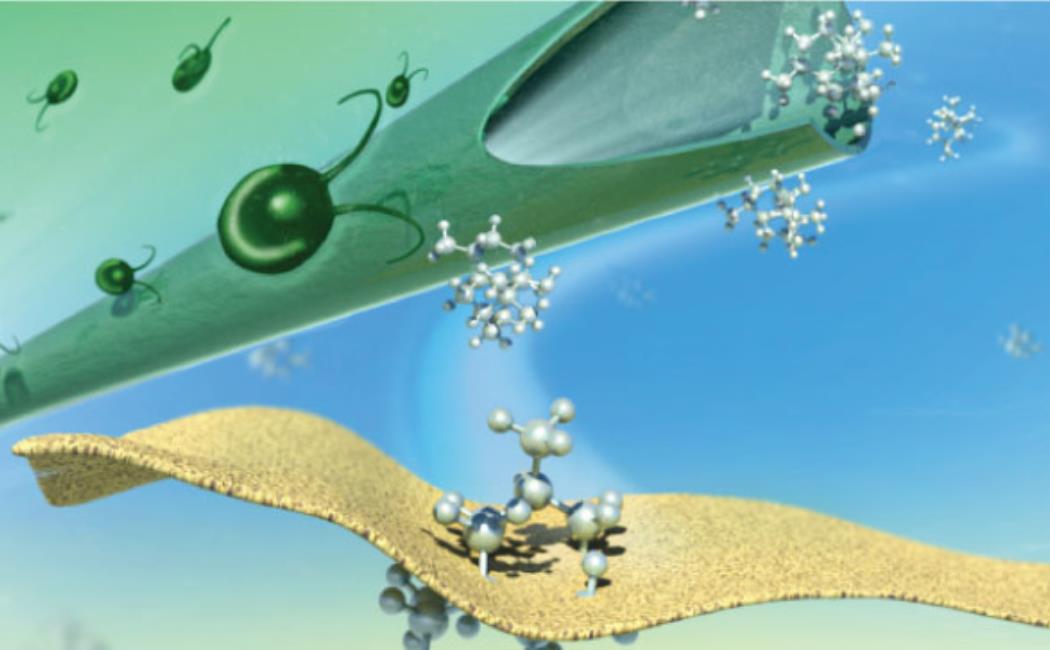 A sustainable chemical separation method that uses membranes, microalgae and artificial intelligence has been developed by a team drawn from different KAUST groups whose members have diverse specialties in bioengineering, membranes and water reuse and recycling.

Such membrane-based continuous separation and concentration processes will help realize the full potential of microbial chemical production for use in medicine and industry.

“The advantage of our method is that products can be continuously extracted from liquid microbial cultures, such as microalgae, in a process known as ‘milking,’ rather than being extracted laboriously from the biomass at the end of a batch culture,” says postdoc and first author Sebastian Overmans.

Image: A team of KAUST scientists have devised a method to extract useful chemicals from microalgae. The system is based on a series of membranes, one of which is built from hollow microfibers, that separate the microalgae-containing fluid from the desired product.
Reproduced from Overmans et al (2022) with permission from the Royal Society of Chemistry. Original artwork by Ana Bigio