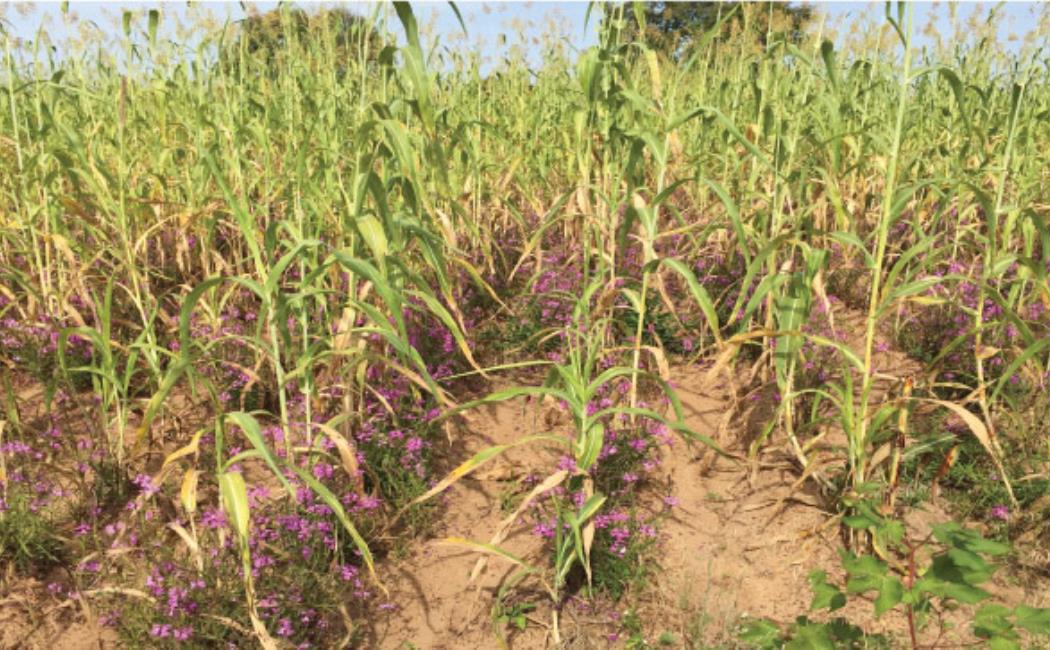 As part of a multipronged approach to prevent infestations by the parasitic plant Striga hermonthica, researchers are unravelling the role of plant hormones, known as strigolactones (SLs).

Cereal crops release SLs that regulate plant architecture and play a role in other processes related to plant development and stress response. The SLs released by plant roots attract mycorrhizal fungi, which provide plant nutrients. But strigolactones also induce germination and invasion by the parasitic plant Striga, with severe impacts on agricultural production, particularly on cereal yields in Africa.

Based on their structure, SLs are classified as either canonical or noncanonical. Understanding the roles of each of these subfamilies is important for developing Striga-resistant cereals as well as for engineering plant architecture, says Justine Braguy, a former Ph.D. student in the group of Salim Al Babili, a world expert in strigolactone and Striga research.

Image: A field of the crop sorghum infected with Striga.
© 2022 KAUST; Muhammad Jamil; Jian You Wang.