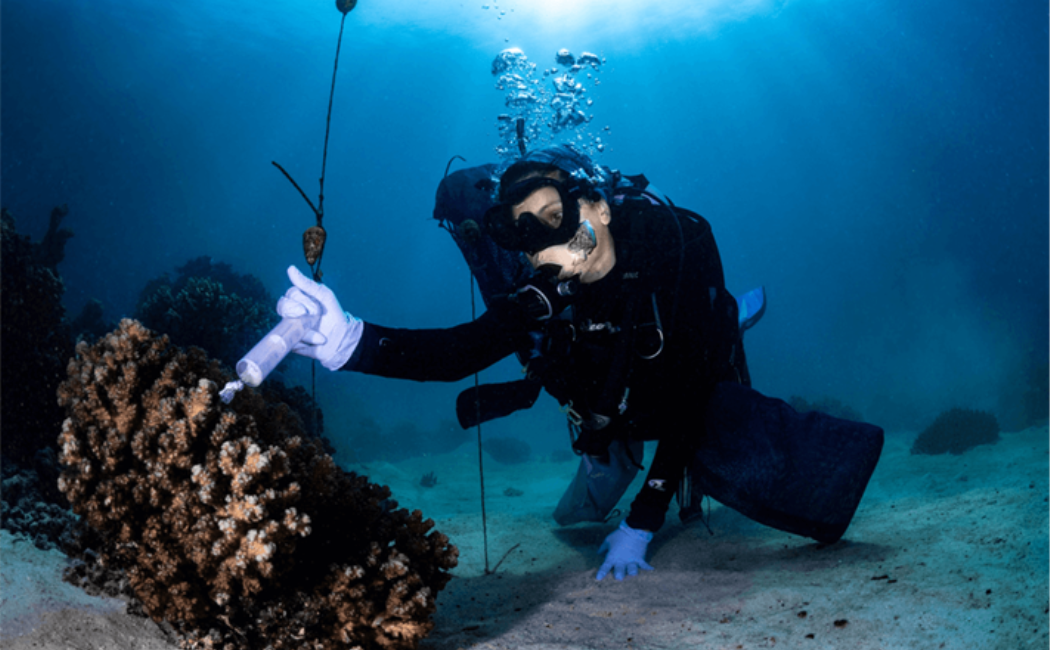 If a picture is worth a thousand words, as the saying goes, then the photographs of KAUST alumnus Morgan Bennett-Smith (M.S., '20) communicate volumes about the Red Sea. The marine scientist has been bringing the stories of the sea to life through photography since he started his journey at King Abdullah University of Science and Technology — first, as a participant in the KAUST Red Sea Research Center's (RSRC) summer program in 2016, and then as a graduate student of marine science in the Reef Ecology Lab of RSRC in 2018, where he studied with Professor of Marine Science Michael Berumen, director of the Red Sed Research Center. As Bennett-Smith's knowledge about coral reefs grew, so, too, did his passion for documenting the complex and colorful habitats and marine life unique to the Red Sea.

One underwater photograph that Bennett-Smith took captured the attention of judges for the journal Nature's "Scientist at Work" photo competition. His winning image of KAUST Professor of Marine Science Raquel Peixoto — shot with a Canon R5 and RF 15-35mm lens inside of a Nauticam underwater housing — is among those selected for the series, showcased in the December 7, 2022 issue. The photograph was shot in October 2021 after his graduation from KAUST, when he worked with Peixoto's group in the Marine Microbiomes Lab as an underwater media and communications specialist.

Image: KAUST Professor of Marine Science Raquel Peixoto administers probiotics to corals at the KAUST Coral Probiotics Village, an underwater reef near the University, to boost their resilience and immunity.
Photo: Morgan Bennett-Smith